“The roadmap to net zero: what opportunities for oil and gas? “
- with Rob West, Founder and Lead Analyst of Thundersaid Energy

The energy landscape is changing rapidly with far-reaching implications for the global energy industry and actors, including oil companies and oil-exporting countries. These rapid changes introduce multidimensional uncertainty, the most important of which is the speed of the transition. While the transformation of the energy system is rapid in certain regions of the world, such as Europe, the speed of the global energy transition remains highly uncertain.

It is also difficult to define the end game (which technology will win and what the final energy mix will be), as the outcome of transition is likely to vary across regions. In this context, oil companies are facing a strategic dilemma: attempt the risky transition to low-carbon technologies by moving beyond their core business or just focus on maximising their return from their hydrocarbon assets.

We argue that, due to the high uncertainty, oil companies need to develop strategies that are likely to be successful under a wide set of possible future market conditions. Furthermore, the designed strategies need to be flexible and evolve quickly in response to anticipated changes in the market.

For oil-exporting countries, there is no trade-off involved in renewable deployment as such investments can liberate oil and gas for export markets, improving the economics of domestic renewables projects. In the long run, however, the main challenge for many oil countries is economic and income diversification as this represents the ultimate safeguard against the energy transition. Whether or not these countries succeed in their goal of achieving a diversified economy and revenue base has implications for investment in the oil sector and oil prices and consequently for the speed of the global energy transition. 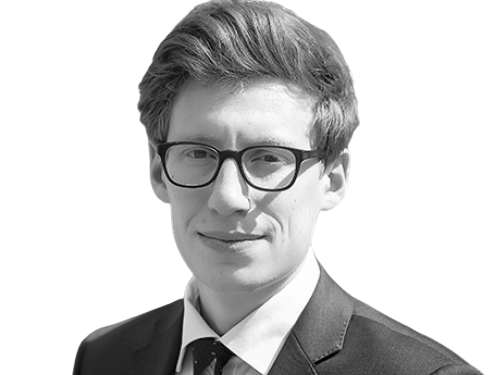 Prior to ThunderSaid, Rob built up the energy practice at Redburn, which is among the world’s leading, independent equity-research firms. He was responsible for the team’s energy strategy and commodity market research, while covering the Super-Majors, such as ExxonMobil, Chevron, Shell, BP, TOTAL, Eni and Equinor.   Some of the team’s best work focused on the impact of technologies. It allowed Redburn to call the incredible rise of the shale oil industry , and the equally incredible fall in oil industry costs.

Rob is also a Research Associate at the Oxford Institute for Energy Studies.   Prior to Redburn, Rob was part of Sanford C. Bernstein’s oil and gas practice.

The energy industry is going through its greatest ever period of change to meet the world’s future energy needs, but remove all of the CO2.

The company helps leading decision makers find opportunities in the energy transition, with data-driven research and economic analysis.  Coming from a background of writing Wall Street equity research, applying an analyst’s economic mindset, to model specific opportunities, as they emerge.

Register HERE: “The roadmap to net zero: what opportunities for oil and gas? “
View all upcoming events
Annual Dinner 2022

at the Edinburgh Exhibition and Conference Centre

at The Royal Scots Club.Edinburgh