Scotland has a strong track record for advancing hydrogen technologies and demonstrating its production and use in island and mainland projects.

As a nation, we have the opportunity and capability to benefit from the transition away from fossil fuels and produce large volumes of clean hydrogen which will not only help reduce Scotland’s emissions and support meeting Scotland’s challenging greenhouse gas emissions targets, but will also allow Scotland to develop a role as an exporter of hydrogen to other partner nations and to create and protect jobs and provide economic benefit for Scotland.  We have the resources, the assets, the people and the ambition to achieve this.

This session will describe and discuss the roles that hydrogen could play in our vital energy transition and the scale of economic growth and supply chain development which hydrogen presents.

Hydrogen – which emits no carbon dioxide – can be used as an alternative to natural gas to transfer and store energy and could replace fossil fuels in industrial processes, internal combustion engines and homes. £100 million funding will be invested in the Hydrogen sector in Scotland. 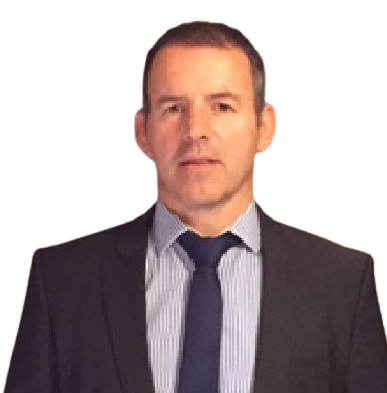 Stuart comes from a background of project and operational management in air, rail and road freight transport logistics. He has a Masters Degree in Business Administration and spent several years lecturing in project management, business policy and operations management.

He joined the Scottish Government in 2005 to manage major rail projects then moved into Energy Consents.

Stuart spent time as Private Secretary to the Cabinet Secretary for Finance, Employment and Sustainable Growth before returning to the Scottish Government Energy Directorate as Head of CCS policy.

He is now Head of Hydrogen Policy for the Scottish Government and leading the development policy in this exciting and ambitious area.

View all upcoming events
“The roadmap to net zero: what opportunities for oil and gas? “

“The roadmap to net zero: what opportunities for oil and gas? “

- with Rob West, Founder and Lead Analyst of Thundersaid Energy