The Paris Agreement created an impetus to accelerate investments, both public and private, to put the world on a path to sustainable growth. Globally, this transition will require trillions to be invested in green infrastructure by 2030, with most of the demand for financing coming from developing countries.

Governments do not need to solely rely on traditional funding structures, such as grant funding and subsidies, to mobilise the level of investment needed for low-carbon and resilient infrastructure. Instead, they can create the right environment for the private sector to play a greater role in financing the transition to a low carbon economy. Developing a green bank is one way to achieve this.

A model pioneered in the UK, green banks are financing vehicles that can foster greater collaboration between national and local governments, and private investors. A green finance strategy, backed by a green bank, not only creates investment opportunities for the private sector: it is a catalyst for building capability – allowing countries, regions and cities to rely on their own experts to drive a low-carbon, climate-resilient transition that is completely aligned with the local context.

Gavin will discuss the lessons learned from developing the UK Green Investment Bank and why he thinks this model could be at the heart of a low carbon economic recovery.

Green Investment Group Limited (GIG) is a specialist in green infrastructure principal investment, project delivery and the management of portfolio assets, and related services. Its track record, expertise and capability make it a global leader in green investment, dedicated to supporting the growth of the global green economy.

The business was launched initially by the UK Government in 2012 as the first institution of its type in the world. The organisation was acquired by Macquarie Group in 2017, creating one of Europe’s largest teams of dedicated green infrastructure investors, and now operates under the name ‘Green Investment Group’.

The platform has more than 400 staff working in over 15 countries across Europe, North America, Asia and Australia, combining international best practice from across Macquarie’s activities. Across the globe, GIG has supported 16 offshore wind projects, representing over 4.5 GW of operating capacity including almost 50% of the UK’s offshore wind capacity in operations or under construction.

Macquarie Group, which owns GIG, is one of the world’s largest investors in renewable energy having invested or arranged over $A8 billion in FY19 in clean energy projects around the world. Macquarie has had a presence in Europe for over 30 years, having opened its London headquarters in 1989. In the UK, the business has supported over 140 green energy projects. 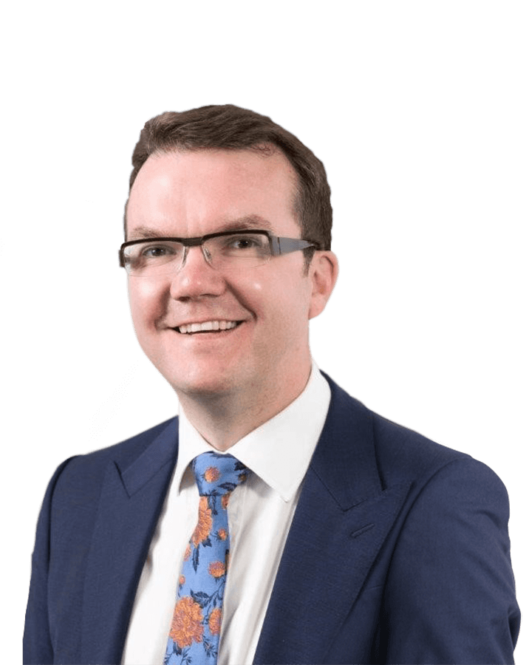 Gavin is Head of Sustainable Finance, Green Investment Group, responsible for leading the Green Bank Advisory function, which works with governments globally as they seek to transition to a low carbon economy. I also works on the development of Green Investment Group’s Green Investment Principles, which sets a benchmark for integrating green impact into investments, having previously led the team that created them.

Gavin supports Macquarie Group CEO, Shemara Wikaramanayake in the wider global green investment movement in her roles on the Global Commission on Adaptation and the Climate Finance Leadership Initiative.

Having worked in the financial and commodity markets for over 25 years, Gavin began his career at BP before moving to Morgan Stanley, Rabobank and VTB Capital. Over my career I have worked in roles covering investment, sales, marketing, business development, origination, trading and analysis.

Gavin is a member of the Founders Committee for the new Green Bank Design Platform which is expected to launch in 2020. He is also a board member of City of London’s Green Finance Initiative and an internationally recognised leader in sustainability. He has worked on the sustainability agenda since the beginning of the European Emissions Trading Scheme and United Nations Clean Development Mechanism, as well as financing renewable energy and emission reduction projects across Europe, Africa, Asia and the Americas.

We are grateful to our sponsors Pinsent Masons LLP, RBC Capital Markets and Gneiss Energy for their continued support.

If using a workplace computer to connect, please ensure your organisation allows access to the ‘Zoom’ software or alternatively use your private email address to subscribe.  It is FREE and you can register here  https://zoom.us/signup?zcid=1231

Delegates should register for the event using this Eventbrite page.  Once your application is approved you will receive log-in details to join the webinar.  We send these some 24hours beforehand to enable you to check the functionality.  We strongly recommend you check the ‘Zoom’ connection before the broadcast.

After a brief introduction by our President our speaker will deliver the webinar.

Questions of our speaker will be handled by our Chair through the ‘Group Chat’ facility on ‘Zoom’.

We are hoping to record the presentation and place it on our website.

4.50PM – Delegates join the webinar and wait for the host to activate the session.

6.20PM –  Vote of Thanks from Chair Nicola Gordon.

During our events we actively encourage reasoned debate amongst the audience and with our invited speaker; however, we request that all participants are mindful and respectful to others points of view. Attendees who cannot abide by these simple courteous rules, or who disrupt proceedings or use defamatory remarks, will be invited to leave the presentation.

We reserve the right to refuse entry to those attendees who have not pre-registered or who do not hold a valid ticket.